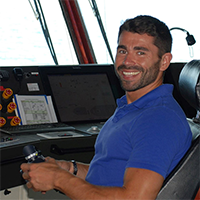 He is also a Co-Founding Director at Whalefish - an international non-profit marine conservation and research organisation. Neil is experienced in cetacean survey methods, including PAM and photo ID. The past 10 years have seen Neil work on over 35 vessels and over 45 offshore and coastal projects around the world. He also has extensive experience in marine mammal stranding research, rescue and rehabilitation of delphinid and pinniped species and works regularly with international stranding organisations in Europe and the United States. 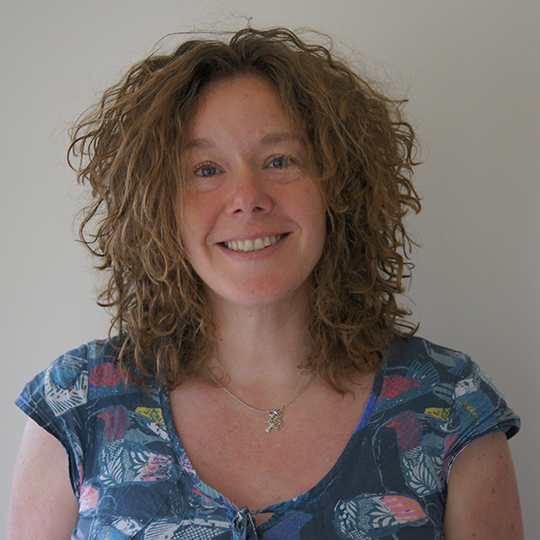 Heather is a passionate marine biologist and ecologist who has been extensively involved with conservation, environmental protection and biodiversity enhancement in marine, riparian and terrestrial environments.

Heather was Research Assistant for the NGO CMMR Leviathan in Chile focusing on cetacean conservation and the analysis of vocalizations of Pseudorca crassidens; a Marine Mammal Medic with BDLMR and a volunteer MMO with MARINElife. Heather also worked to protect coral reef habitat in the Red Sea for the NGO HEPCA (Hurghada Environmental Protection Conservation Association). Heather began working as an MMO/PSO in 2011 after working as a Technical Officer Biodiversity with the Environment Agency.

She has been fortunate to work all around the world and strives to learn more about issues facing the marine habitat, its fauna and its conservation. Heather has full membership of IMarEST and has successfully gained her CPD professional accreditation as a Registered Marine Scientist through them. 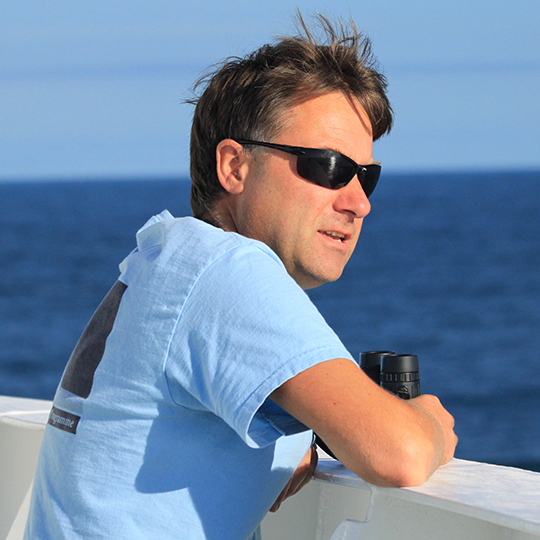 After a spell as a biologist with the Environment Agency Wales, Mike trained to become a teacher and was employed as a secondary school science teacher for almost a decade, before moving into the offshore consultancy business in 2010. Mike is now an experienced Marine Mammal Observer, PAM Operator and Environmental Scientist and has undertaken many offshore projects around Africa and Europe.

Mike has conducted marine mammal surveys for MARINElife in the Bay of Biscay, and devotes a lot of his onshore spare time to conservation work with the Wildlife Trusts. Mike has been a full member of the Marine Mammal Observer Association for the past five years and joined the Executive Committee in 2016.

Monica has worked as a MMO and PAM since 2012, leading a team of observers in the Gulf of Mexico, working in the Falkland Islands and offshore Africa.

She has continued to work and volunteer in various roles to study the health and behaviour of various terrestrial and marine species for over the past 15 years. She has travelled extensively in various roles, which has given her insight into different approaches to understanding ecology, conservation and management. She has helped with collecting marine mammal data in the south of Chile and parts of Patagonia. Most recently, she assisted in collecting data on harbour porpoise off the West coast of Scotland.

She finished a postgraduate degree from the University of St. Andrews in 2017, and she is planning to work on a part-time PhD in bioacoustics while continuing her work in the field as an MMO/PAM.

Diana Antochiw is a marine biologist who has been working with marine mammals since 1996. She founded the Yucatan Marine Mammal Stranding Network, the first of its kind in Mexico, and helped train people participating in other stranding response groups.

She served as a MMO on board oceanographic research vessels of the Mexican Navy and later was recruited by Lamont Doherty Earth Observatory as a MMO for marine seismic research. She has advised several organizations working in marine mammal stranding response and marine fauna rescue and research. Later, she helped train some of the first MMOs in Mexico. She works as MMO for the seismic industry worldwide while she still conducts research in marine megafauna in Yucatan.

She is currently a board member and Research Coordinator of the Marine and Coastal Megafauna Research Institute (INMMAR) in Mexico and a member of the Local Committee for Response to Oil Spills, directed by the Mexican Navy. 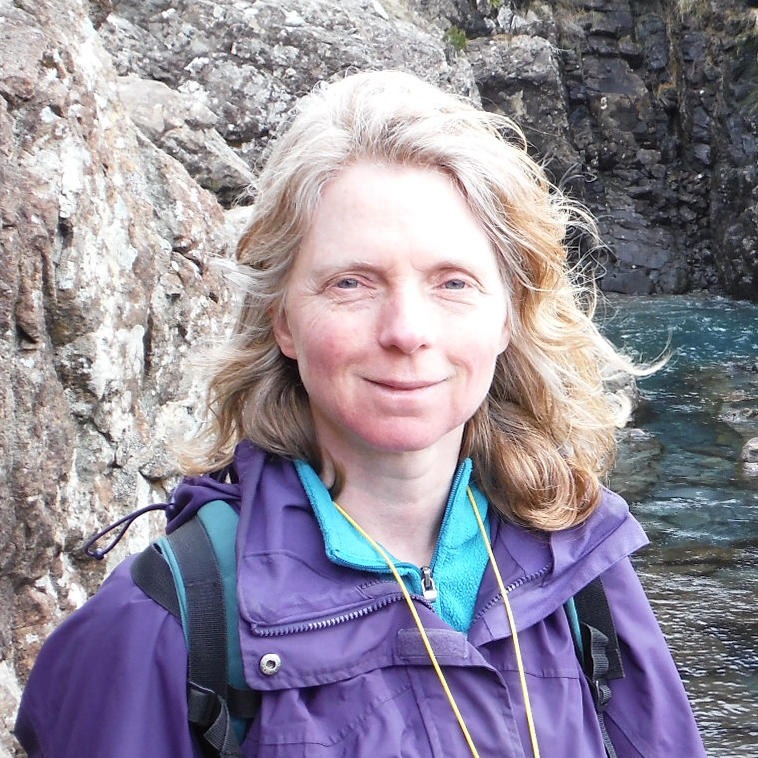 Following a PhD on barnacles Carolyn spent 5 years with the JNCC's Seabirds at Sea Team, but has spent the last two decades working in MMO-related areas.

She has substantial experience working as an MMO covering seismic surveys, drilling, dredging and pile-driving operations. She has been an accredited MMO trainer since 1996 and has trained over 2500 MMOs. Carolyn has also been involved in the development of mitigation measures and data recording protocols. She has created and analysed JNCC's database of MMO data from UK waters, including analysis of a 16 year dataset to examine the effects of seismic airguns on marine mammals and compliance with the JNCC guidelines.

Carolyn recognises the importance of maintaining professional standards and is pleased to have served on the MMOA committee for eleven years. 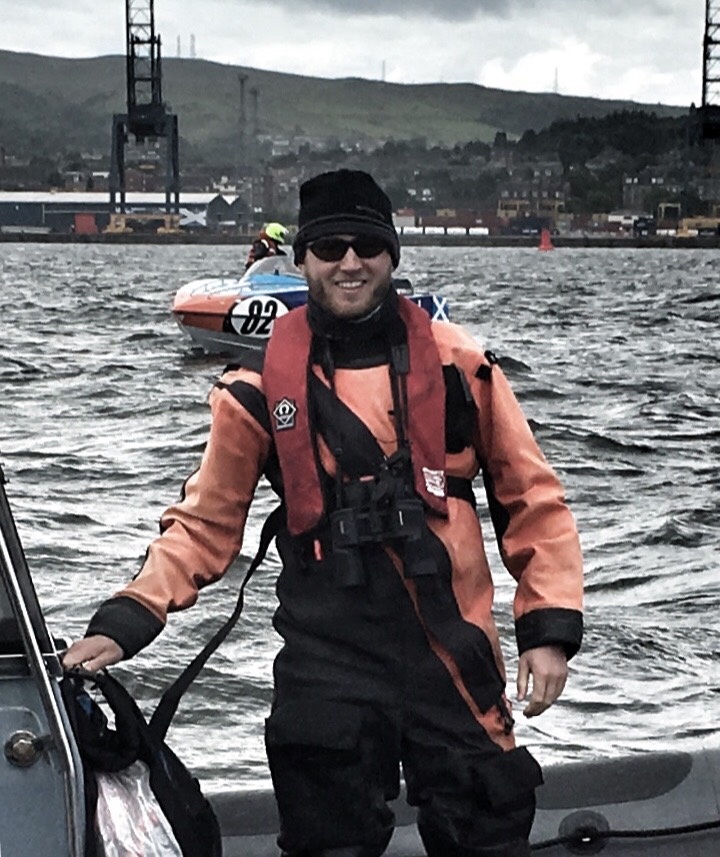 Michael graduated with distinction from the University of Glasgow in 2016, with an MSci in Marine and Freshwater Biology. His final submissions studied the impacts of onshore renewables on freshwater ecosystems, and the effects of micro-habitat on intertidal fish assemblages.

Michael works in environmental consultancy, starting as an undergraduate intern in 2014, and now holding the position of Fisheries Consultant, where he works on a range of renewable, infrastructure and network projects. Michael volunteers as a medic for BDMLR and, in addition to marine mammals, maintains a keen interest in all aspects of natural history including ornithology, fish and terrestrial mammals.

Working in consultancy, Michael has had the opportunity to work on various offshore projects as an MMO, and hopes to see increased work opportunities for MMOs through the responsible delivery of a growing offshore renewables sector.

His work has taken him to Central and South America, Africa, Asia, Europe and the Antarctic. Jon has led dive and survey teams, managed a marine protected area (MPA) for a government fisheries advisory group, been project coordinator for environmental impact assessments (EIA), and ran the whale shark education and turtle protection programs among other environmental projects around the world.

Jon's most challenging work was in fisheries auditing vessel safety and catch records according to strict and complex regulations in sometimes extreme conditions. He currently lives in Sonora Mexico on the coast of the Gulf of Mexico. 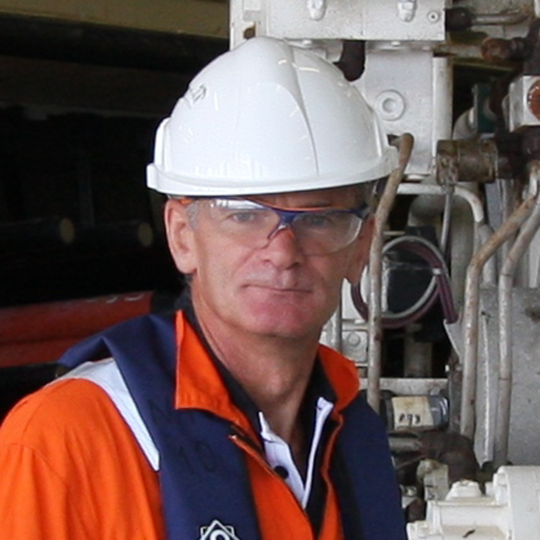 Patrick Lyne has worked in mitigation for 11 years and been involved with the MMOA committee for seven years.

Patrick is committed to improving standards of mitigation at a regulatory and MMO (and PAM) level. Industry contraction has affected everyone and perhaps the standards in mitigation more so. However Patrick hopes things will change and would like to see a shutdown employed in all mitigation procedures where an injurious level of sound is used.

He would also like to see experience as part of requirements in future work, such that one MMO and PAM operator on the mitigation team has some credible expertise. 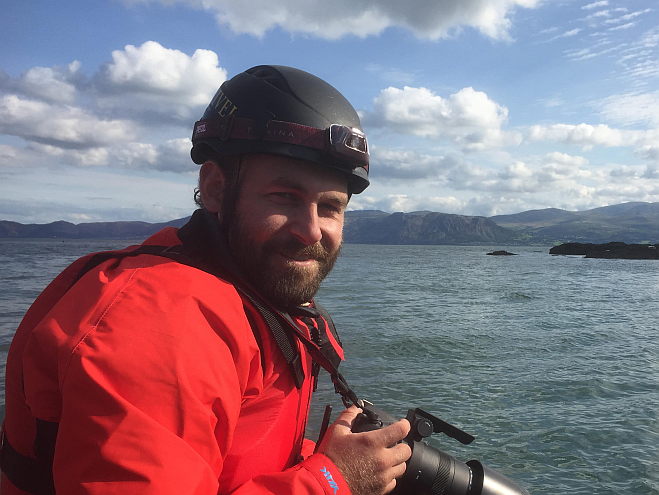 Gary Robinson is co-director of the UK based marine environmental consultancy Ocean Ecology Limited and an experienced marine mammal consultant, observer and acoustic monitoring operator in relation to the offshore renewables and seismic industries.

Gary has in excess of 8 years’ experience of designing, managing and undertaking a wide range of marine mammal mitigation and monitoring programmes worldwide and has been responsible for project managing a number of marine mammal mitigation programmes for some of the largest offshore wind farm developments in the world. Gary also provides marine mammal consultancy to regulatory bodies and is currently reporting the findings of his latest project, on behalf of Natural Resources Wales (NRW), for which he directed the first full census of grey seal pups in North Wales undertaken since 2004. 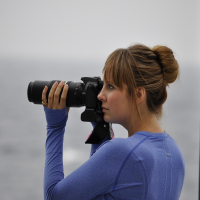 Ashley is the CEO and Founder of Edgewise Environmental Ltd. She holds a B.Sc in Biology from Memorial University of Newfoundland (Canada) and a M.Sc in International Marine Environmental Consultancy from Newcastle University (UK), where she completed her thesis in the area of Harbour Porpoise acoustics. Ashley began her offshore career in 2010, working globally as a Marine Mammal and Seabird Observer and PAM Operator on a variety of seismic, geohazard and research projects. She has over 12 years experience working and volunteering in the areas of marine mammal husbandry, marine mammal physiology and cognition.  Ashley is also an experienced aviation, offshore and sea survival instructor. Her primary professional interests include marine mitigation policy and anthropogenic effects on marine mammal populations. She is an advocate for collaboration between industry, academia and government; through which she believes discourse between all three could result in more meaningful change and positive impacts to global marine mammal protection.